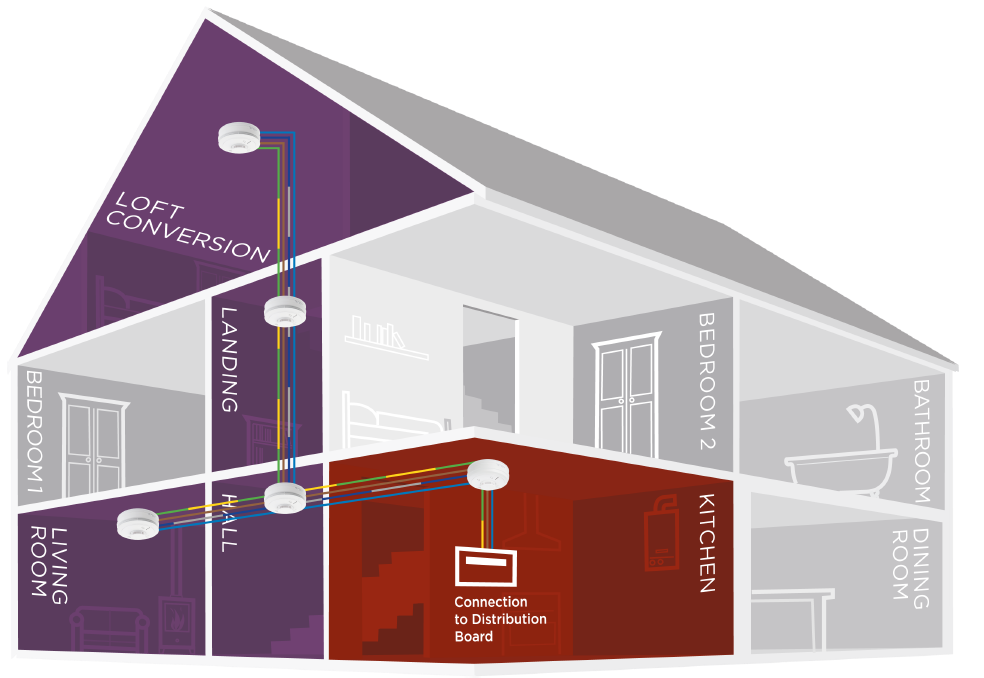 What types of housing will be covered by the new standard?

All homes will be covered by the new standard, as we believe that all homes should be safe for occupants regardless of tenure. It will be the property owner’s responsibility to meet the new standard.

Why are you introducing this legislation now?

Following the tragic fire at Grenfell Tower in London, a Ministerial Working Group on Building and Fire Safety was established to review Scotland’s building and fire safety regulatory frameworks. As part of this work, the group agreed that a consultation on fire and smoke alarms, originally planned for later this year, should be prioritised.

How many alarms are required to meet the standards?

All alarms should be ceiling mounted and interlinked. There is also a requirement for carbon monoxide detectors to be fitted where there is a carbon-fuelled appliance (such as boilers, fires (including open fires), heaters and stoves) or a flue.

I already have smoke alarms fitted in my home but they are not interlinked – do I need to change these to interlinked ones?

Yes – the requirement is to have all alarms interlinked.  You may not hear the alarm closest to the fire but, by having an interlinked system, you will be alerted immediately.